Mark is committed to emotionally arresting storytelling. Having worked both within the studio system and independent productions, he has emerged with his own aesthetic and take on cinema, as well as a love for all areas of filmmaking. 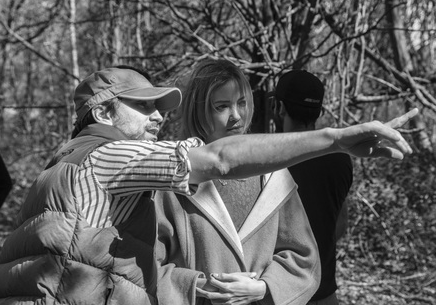 Mark Lobatto is a writer and director with more than ten years experience in film and TV production.

He has written and directed three award winning short films which have collectively screened at over 50 international film festivals around the world, including Seattle and Rhode Island.

They have gone on to be distributed on US television, chosen by Tribeca Film Festival to be shown on United Airlines, and are available on iTunes.

With each, his budgets have grown from a modestly self funded film, a crowd-funded budget of over £25K to his most recent film Stealing Silver which was produced as the first under Maisie Williams' new  company Daisy Chain Productions.

Mark is currently developing his own feature project LORD OVER YOU.
This will be his debut feature as director.

He has a slate of other ambitious feature projects at different stages of development, including THE LOCUSTS HAVE NO KING which made it through to the Sundance Writer's Labs second round.

Mark's style and sensibility is one that favours cinematic visuals paired with an emotional honesty. He is drawn to telling longer form stories which have a dark psychological element to them.

He has learnt his craft in part by working as the assistant to a host of established feature film directors including: the Wachowkis (MATRIX TRILOGY), Jonathan Liebesman (WRATH OF THE TITANS), Phil Lord (SOLO: A STAR WARS STORY) & Christopher Smith (BLACK DEATH).